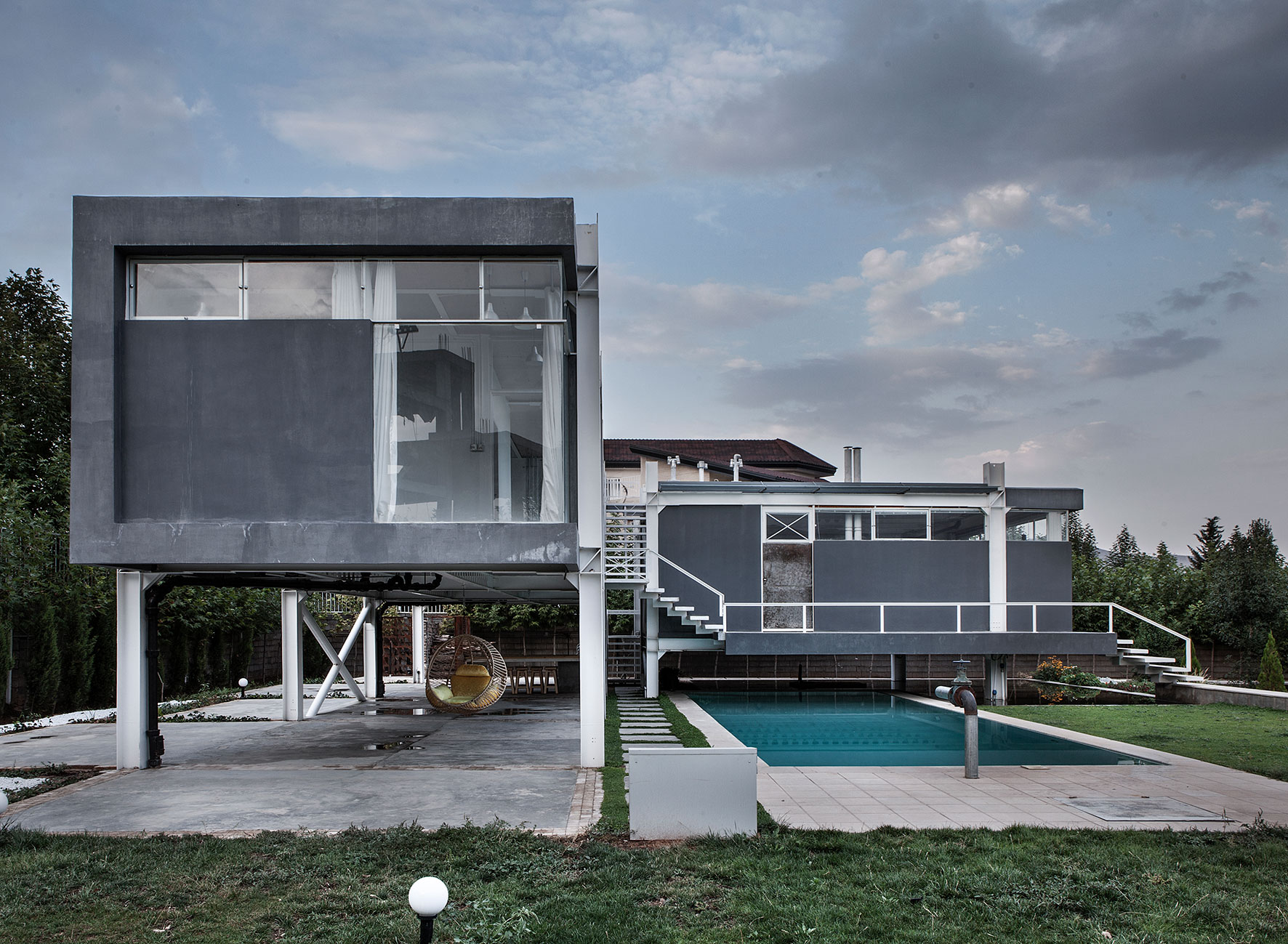 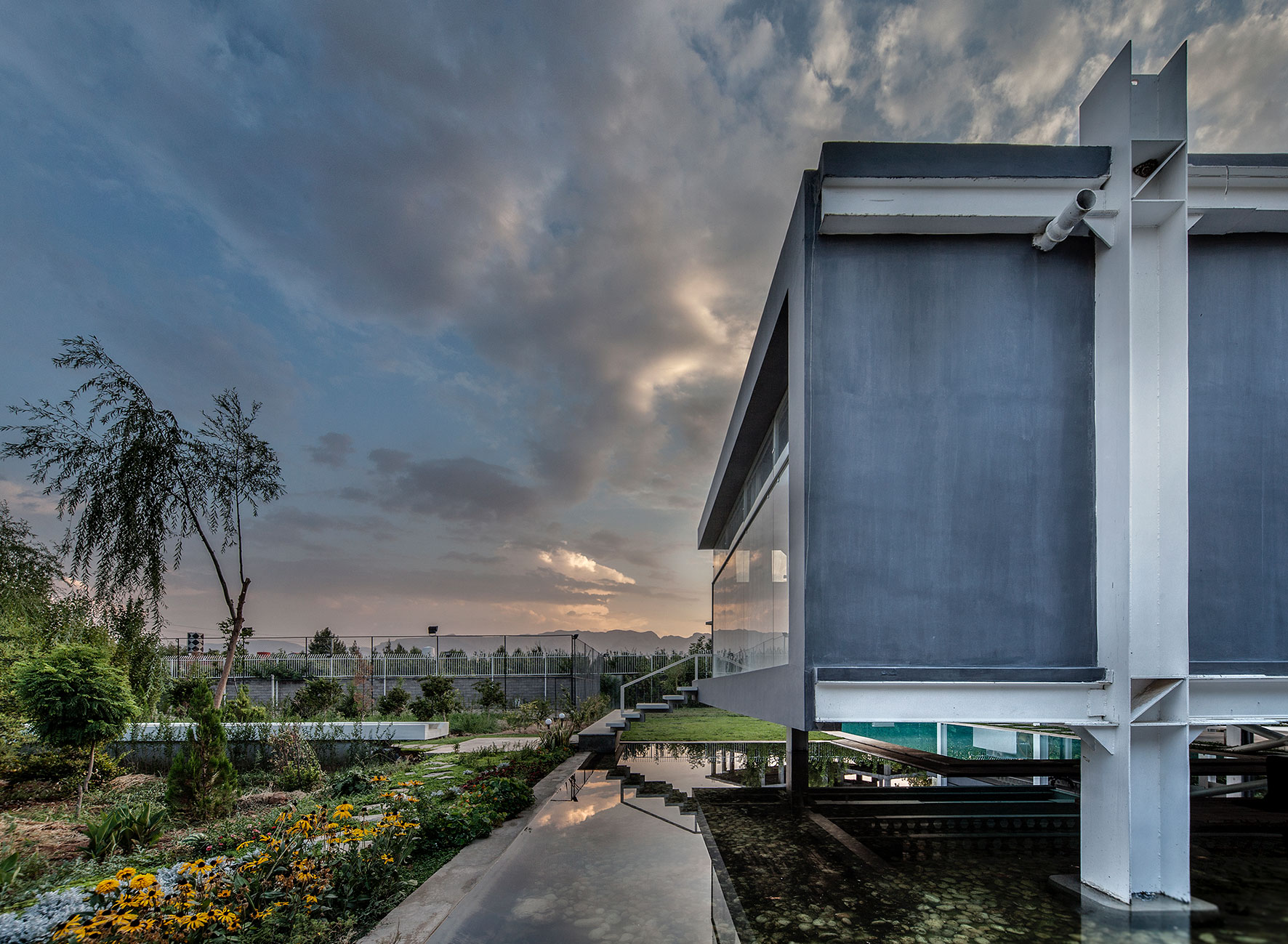 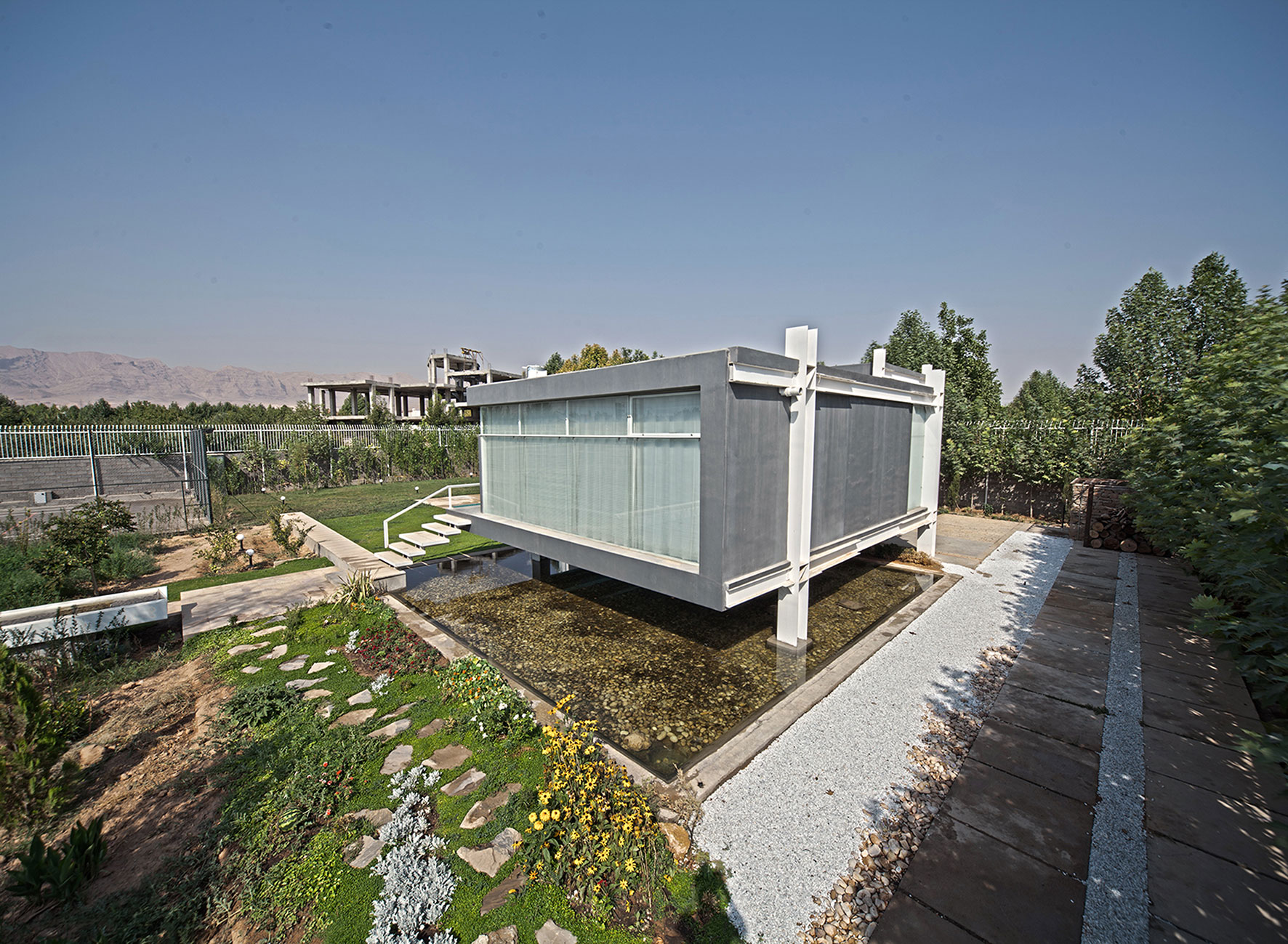 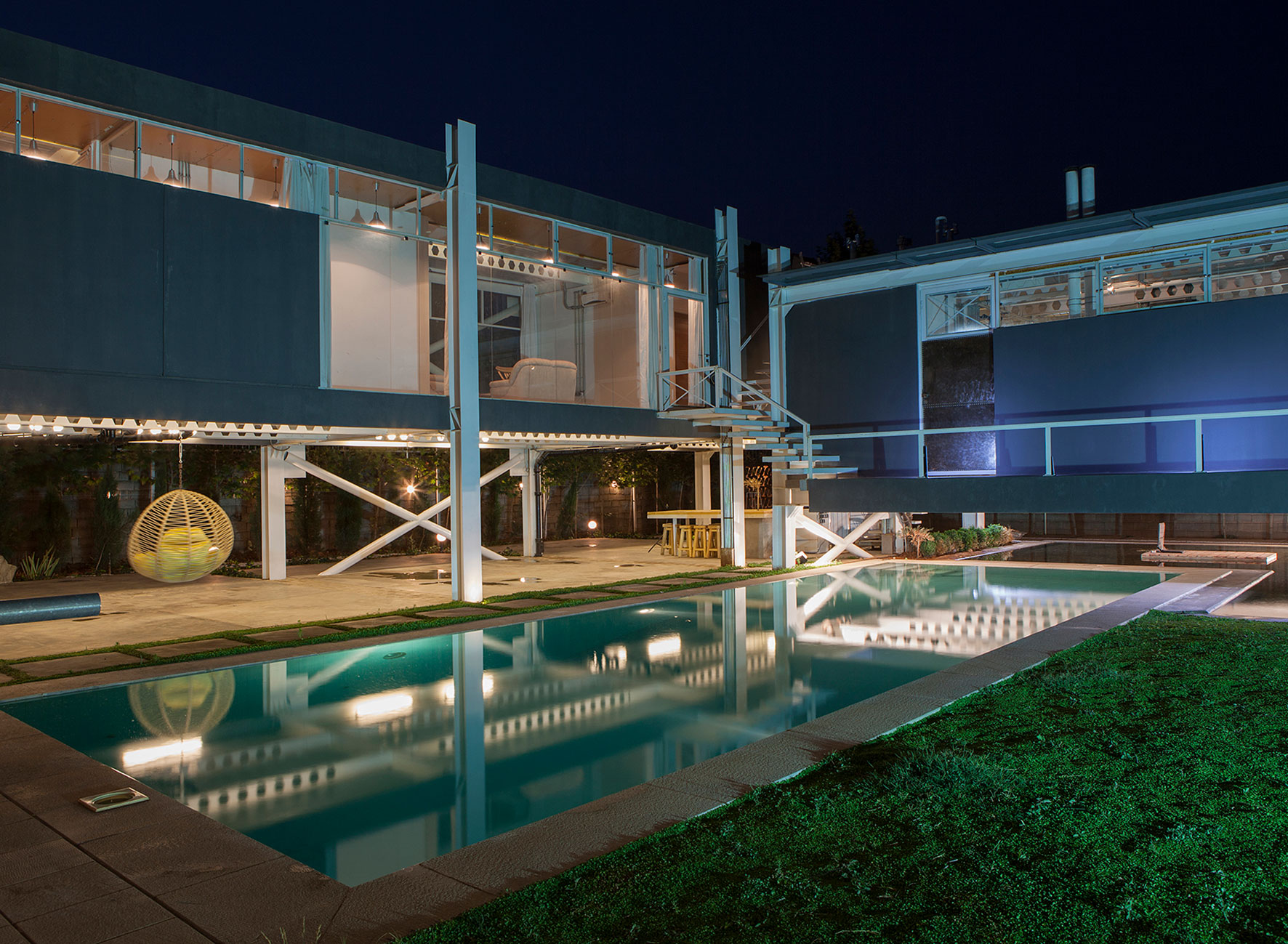 The villa project in an area of 3,740 square meter in the city of Shiraz. Due to a pleasurable climate,the area was recommended to the designer. The space fluidity design led to visual continuous green panorama in the spectator’s view and has created an integrated and calm space for the latter and this formed the essential concept of the design. In line with such goals and in order to create spaces with such visual quality and having necessary locations, the villa's building was constructed at the end of the land. The pure volumes were divided in cube and cuboid forms with separated general and private functions. The fluidity of the general part has been intensified by some suspended steps reflected in the morning glories pool with fish. A rectangle platform in line with meditation has been designed and used at the center of the plain space. The volume of the cuboid in northwest-southeast direction has created a vaster view for the residents of the private part while the building has been designed completely in a pilot way to make the space under the volume a secure and calm place for the residents to relax in natural space of the garden.The pool along with the volume creates a secure and recreational place for the residents and also makes them feel the integration of the water and the construction. The water is present only in the margins and under the volume. As you know water has always been with human since the first day of creation; here, too, when someone enters into the complex the water presence is prominent; he/she sees a long horizontal pool and a blue room on the mysterious route of the four gardens with an attempt to create a calm space. Such tranquility is visible in construction materials and in volume dimensions; the construction materials and partitions are highly visible in the volume presentations and have been located beside each other prominently. In relation to the façade proportions,the visual corridors have been emphasized for the users benefiting from a harmonized rhythm in order to create a dynamic volumetric graphics. The construction structure was created by the designer architect and only the structural computations were done by the engineer; such sensibility in the reflection of purity in structural dimension indicates an excellent goal in the design. The columns as composite girder and tubular braces try not to be far from the essential concept of the design; namely,it was attempted to have all the architecture execution and the structure which serves the visual presentation and the design's goals. The spirit of the construction materials, used distinguishably,and their bare presentation without decoration were to prevent the internal design to be far from the essential concept and make it integrated with the designer’s view.