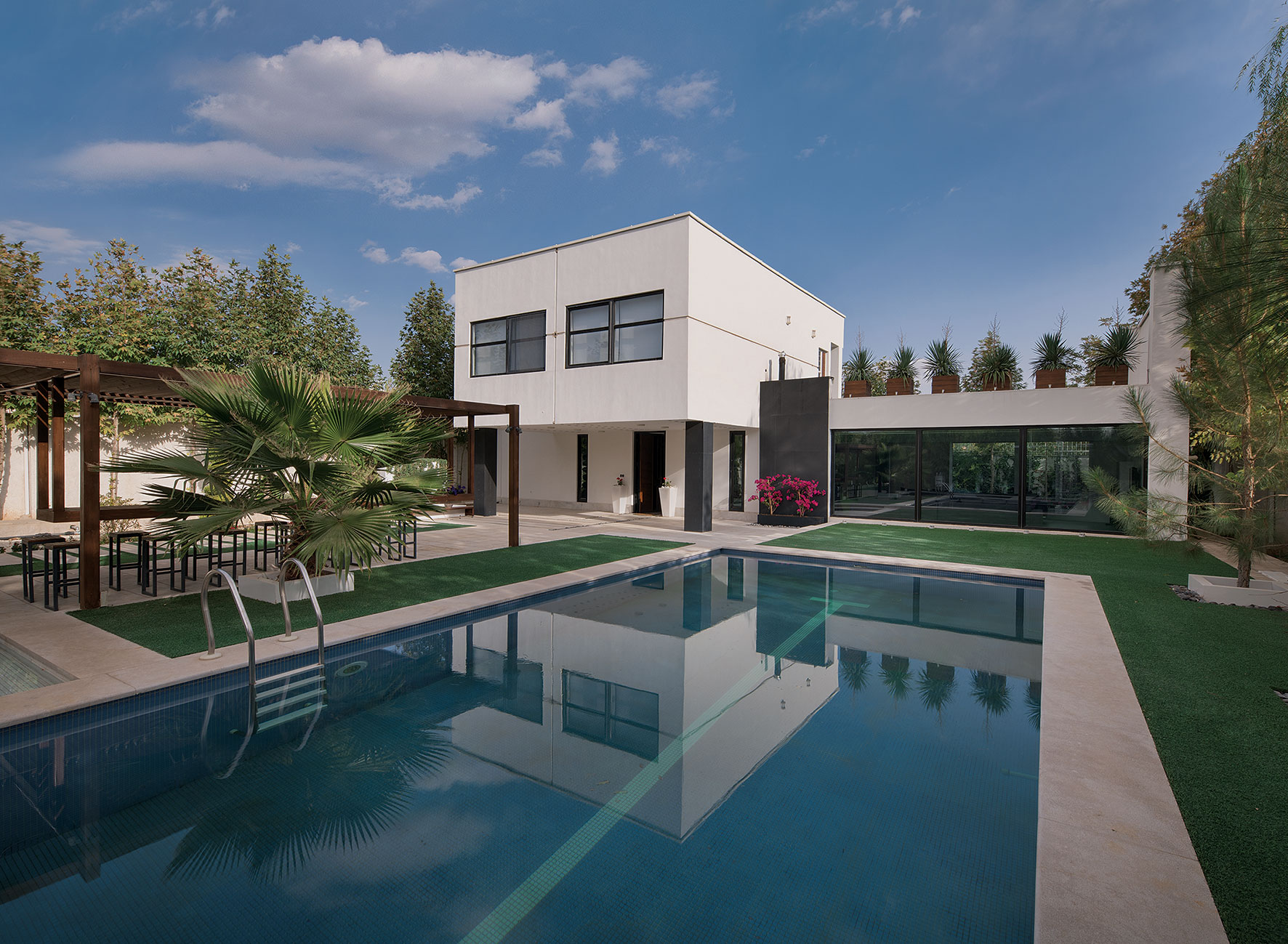 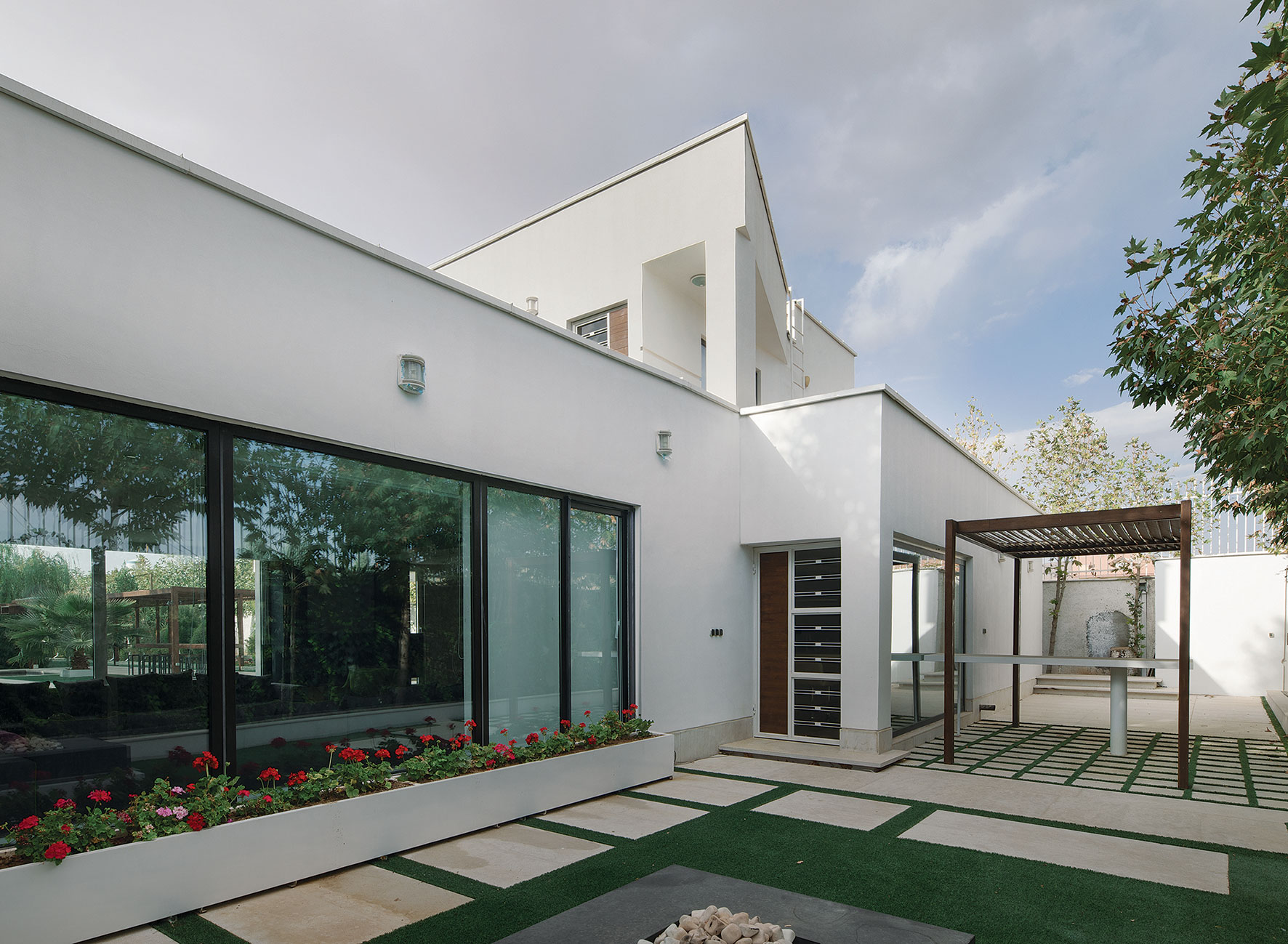 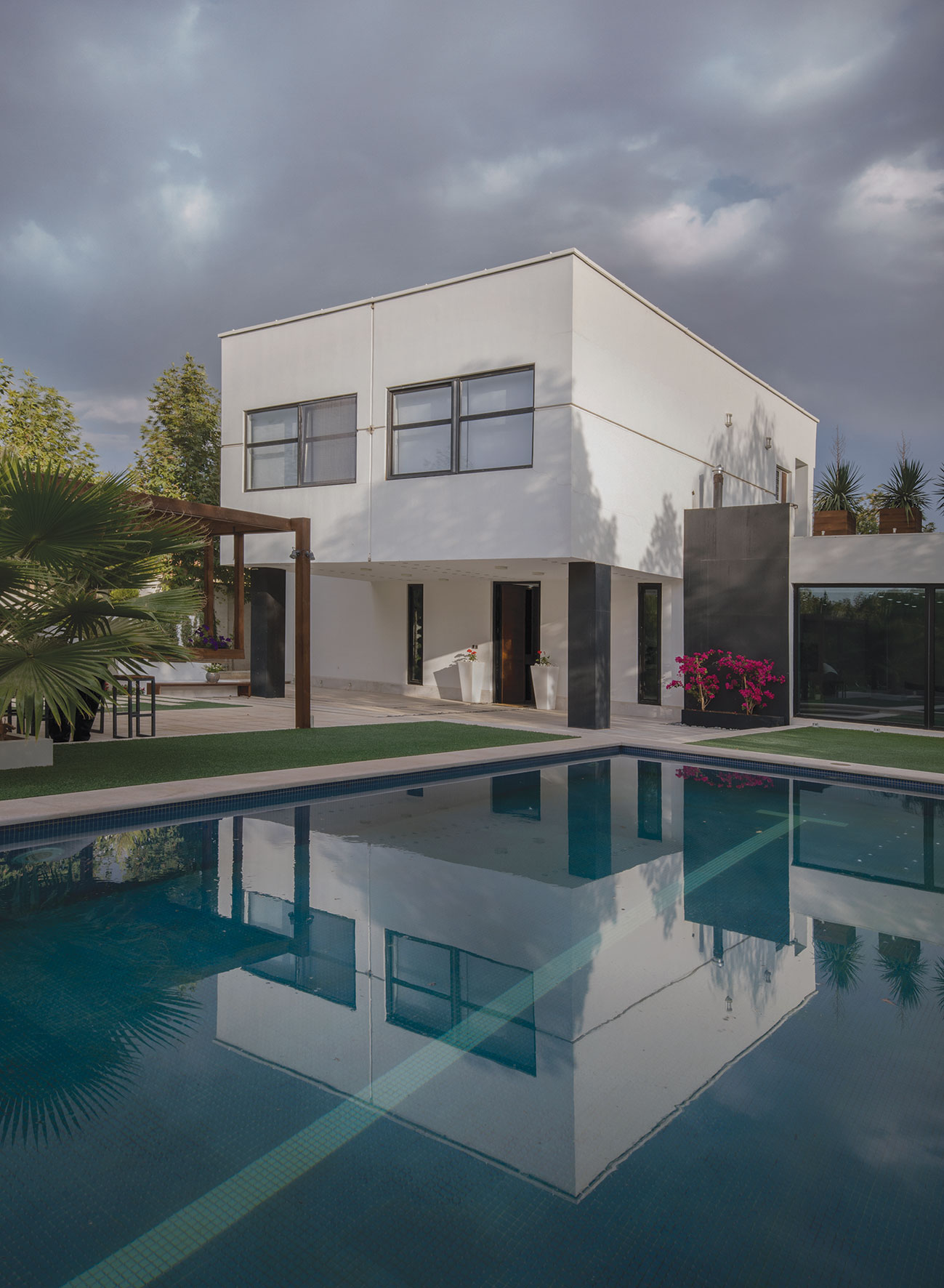 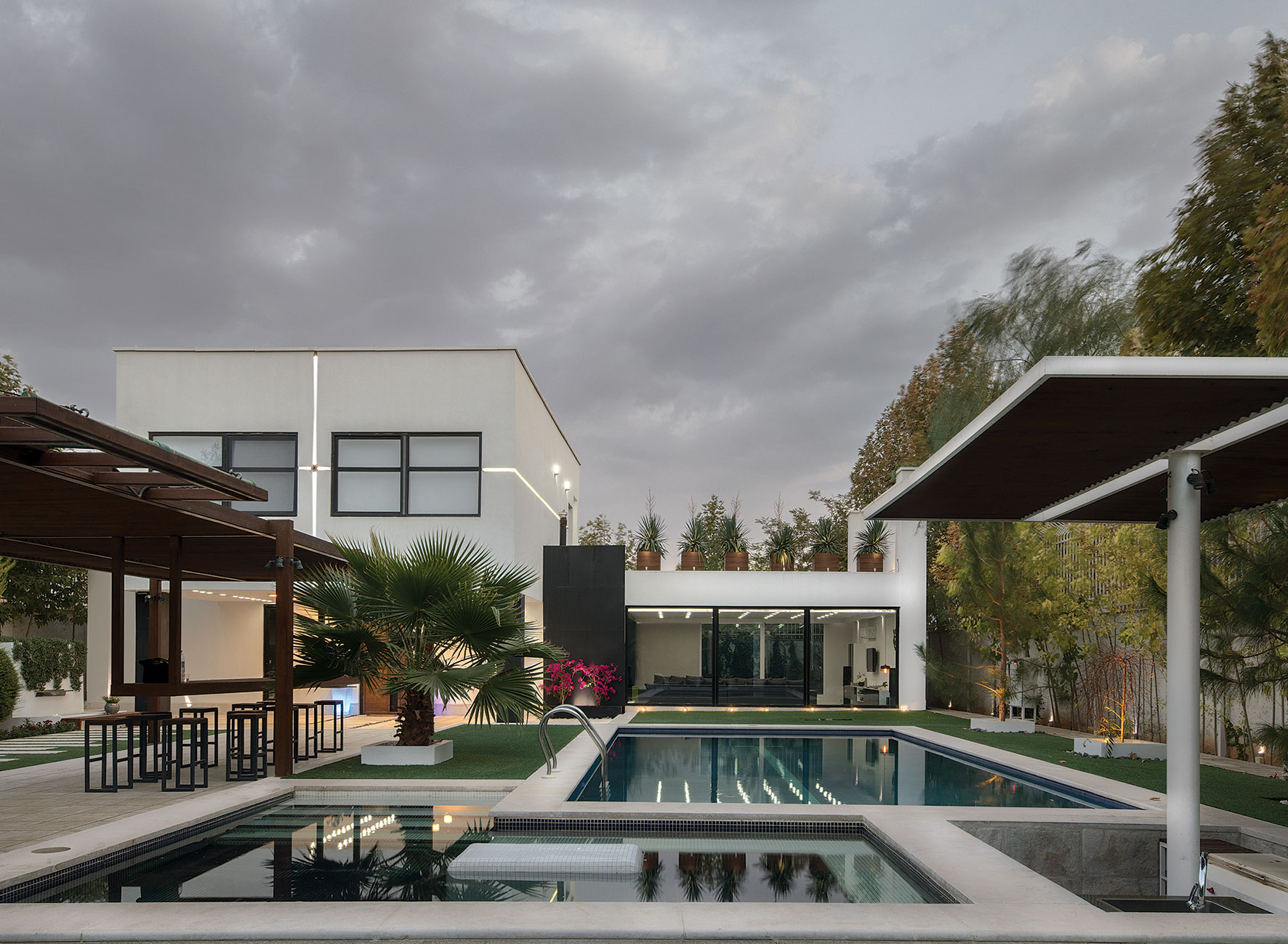 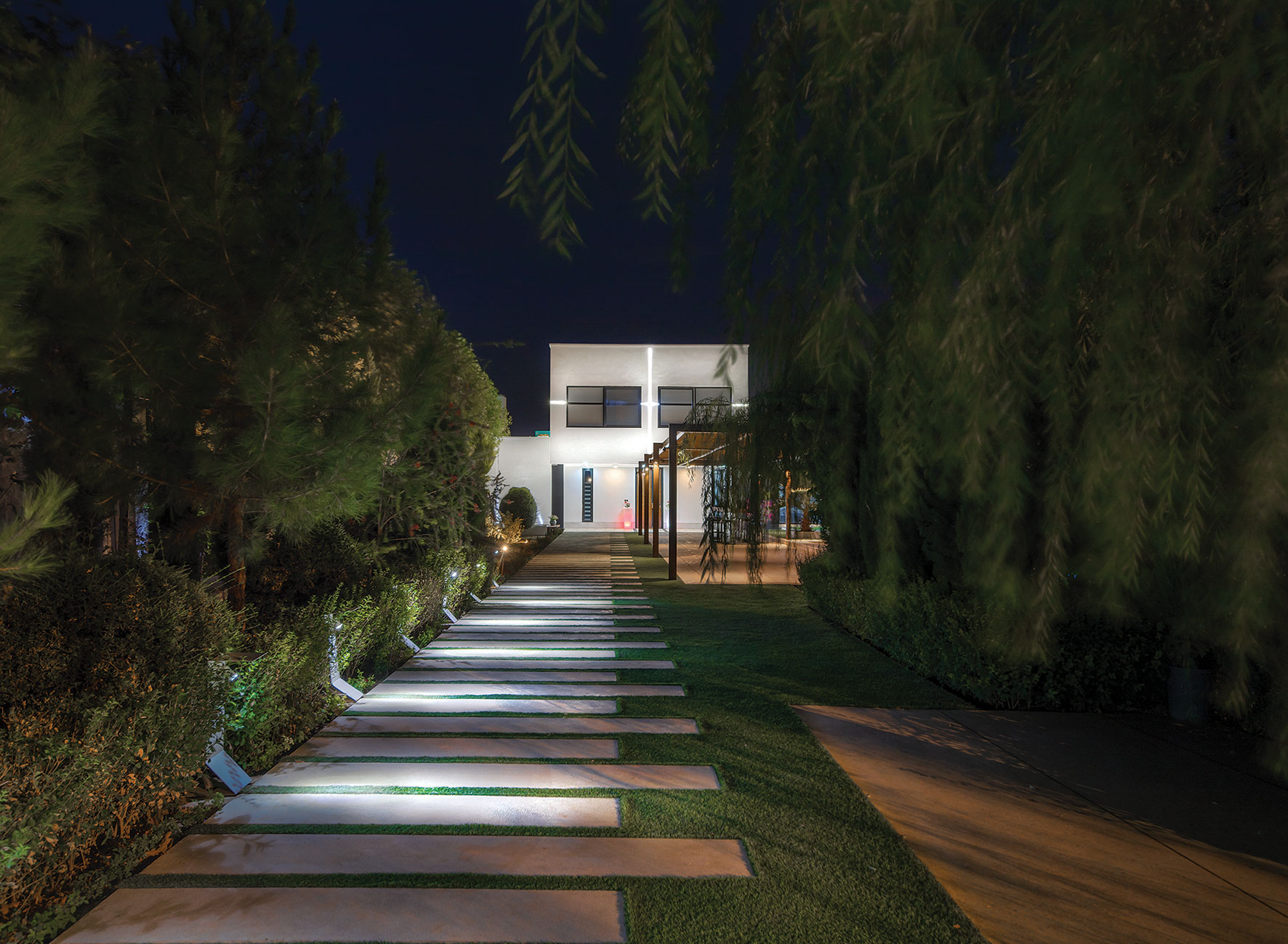 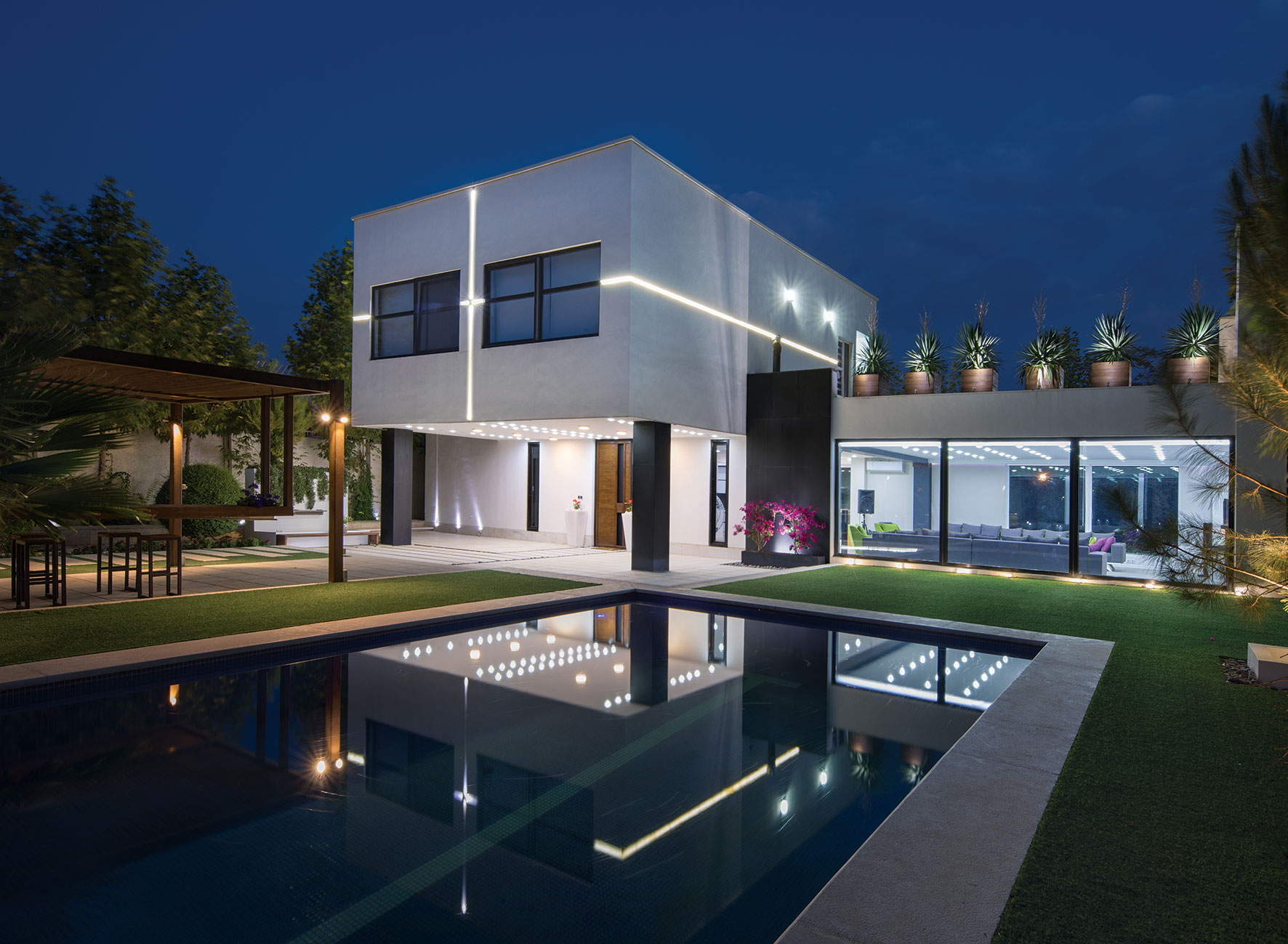 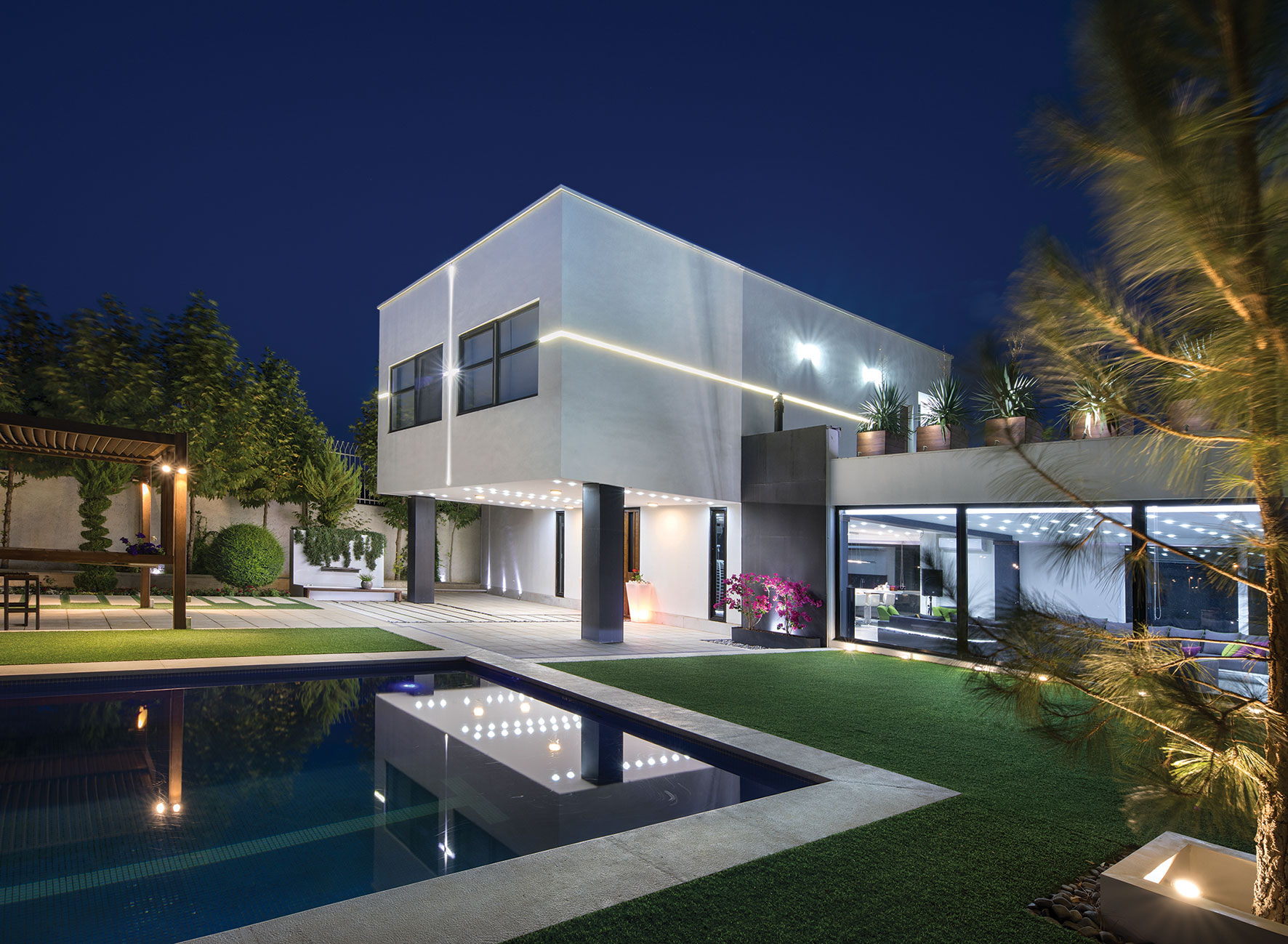 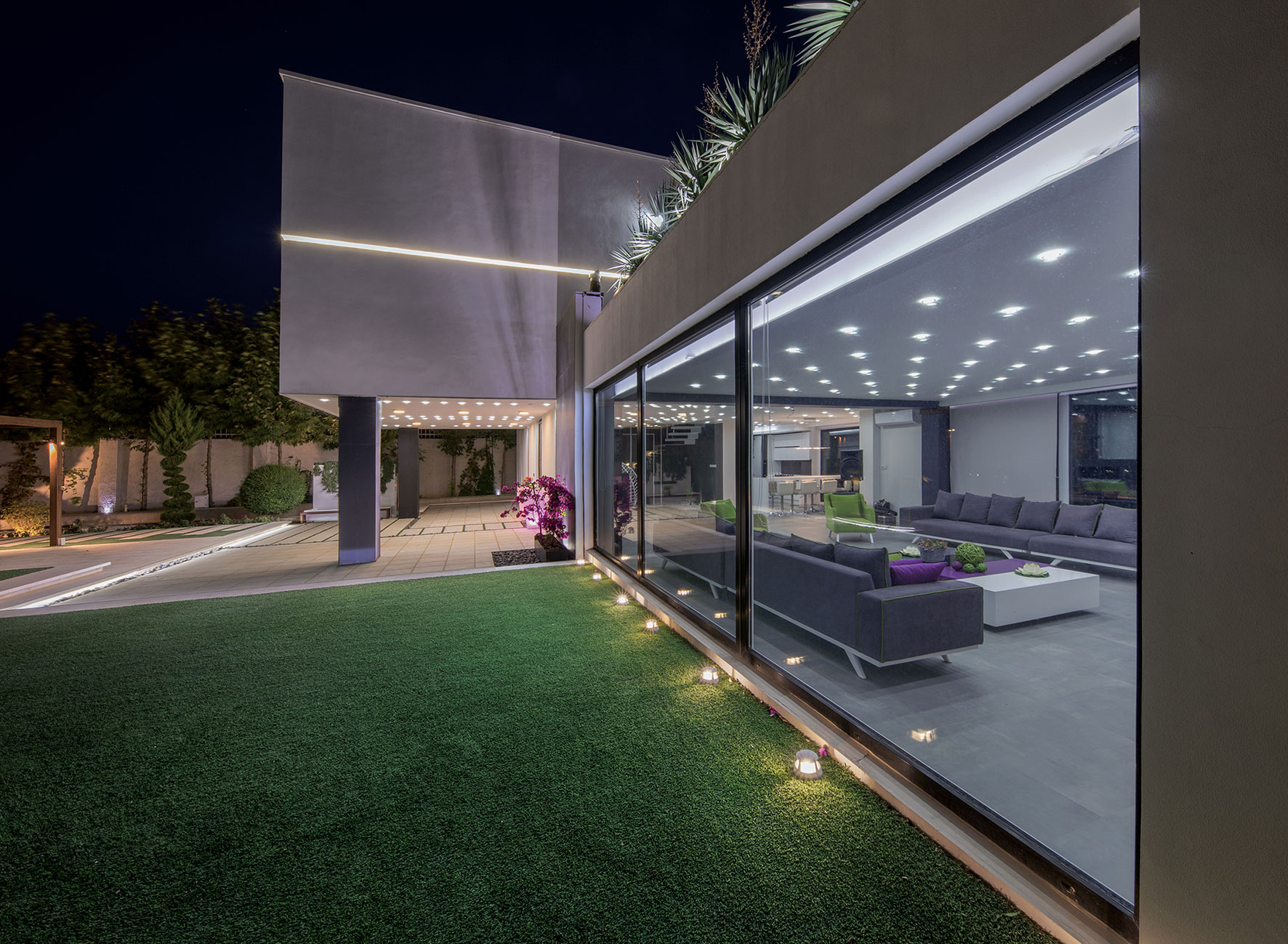 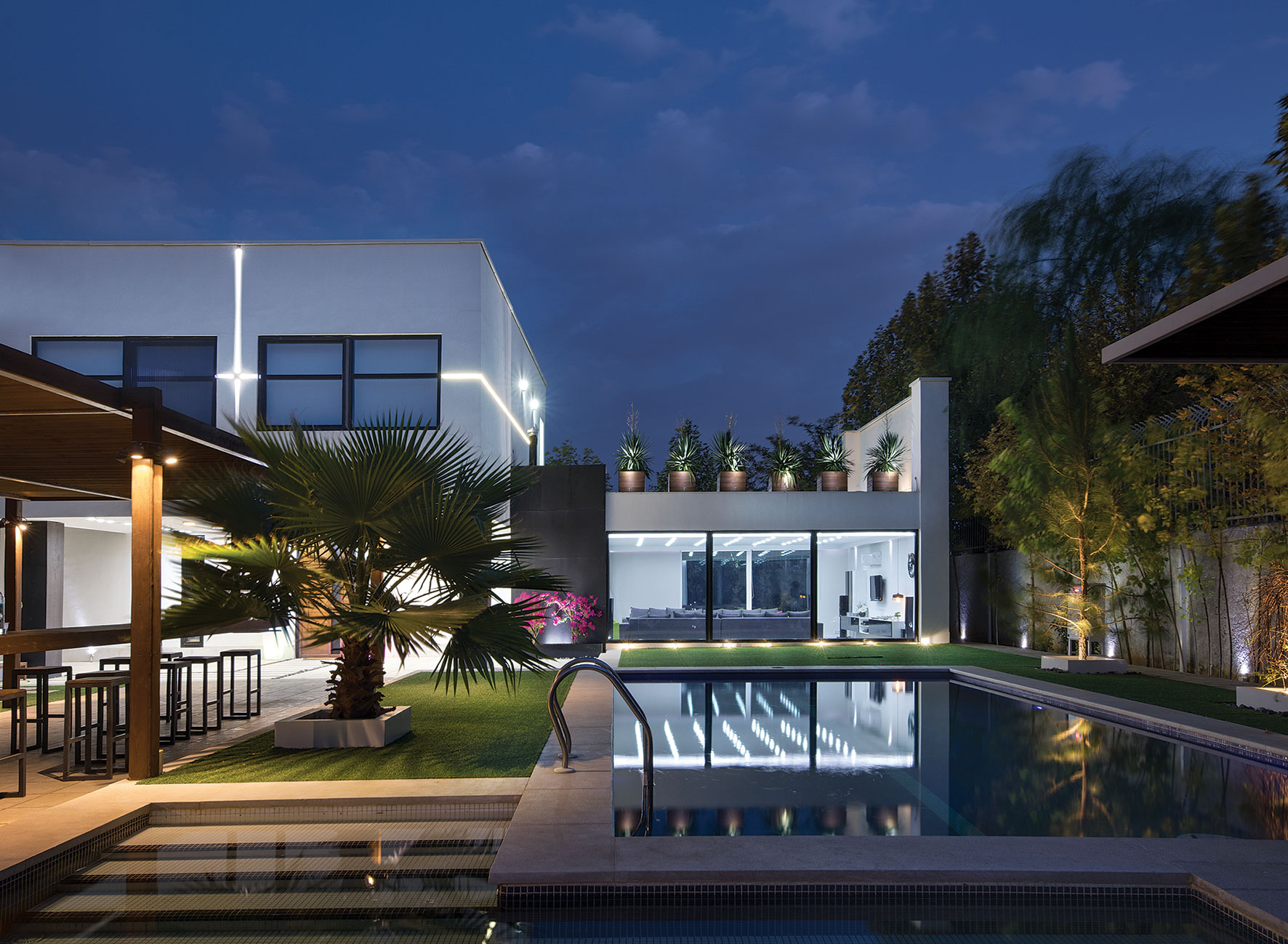 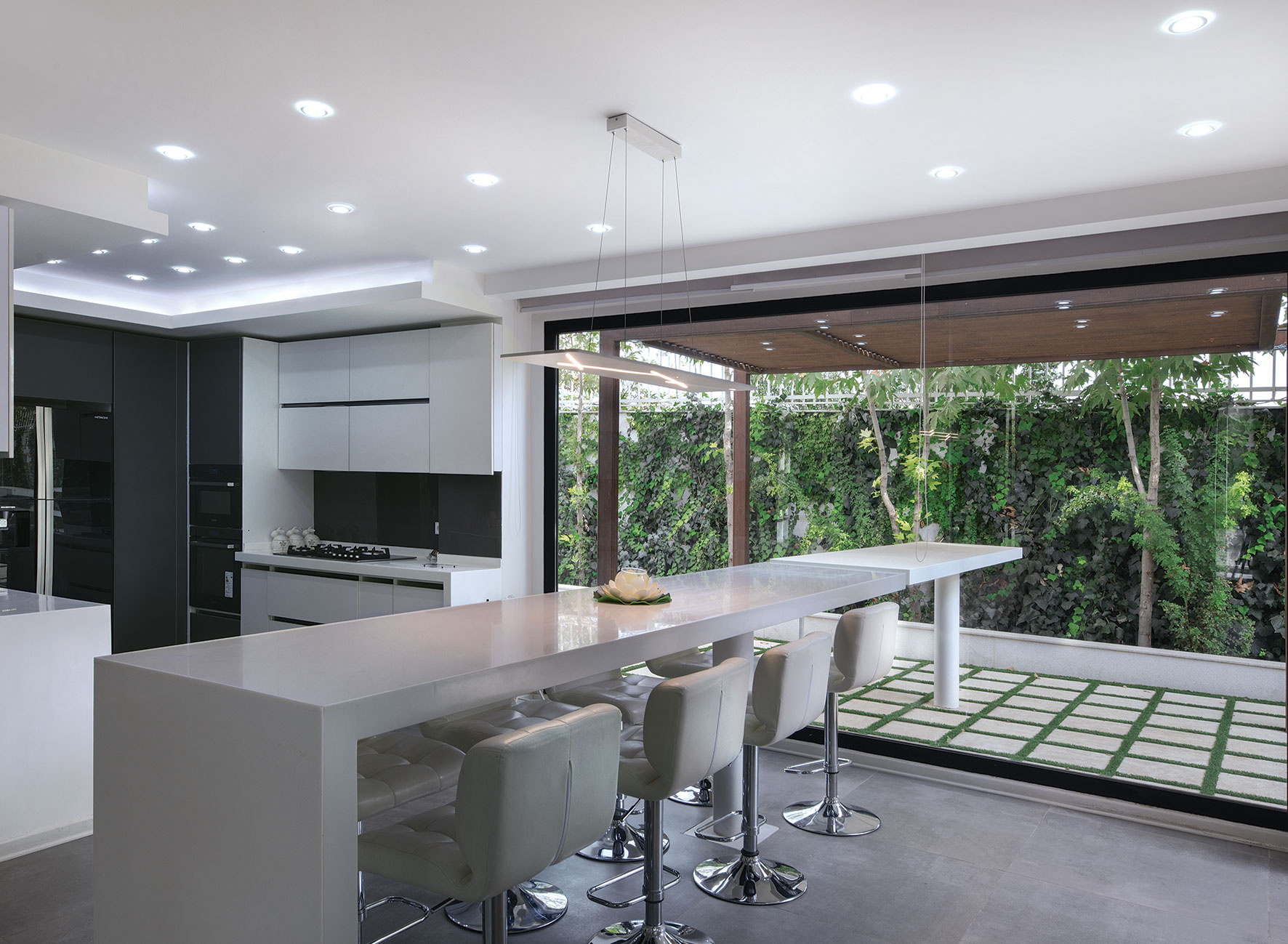 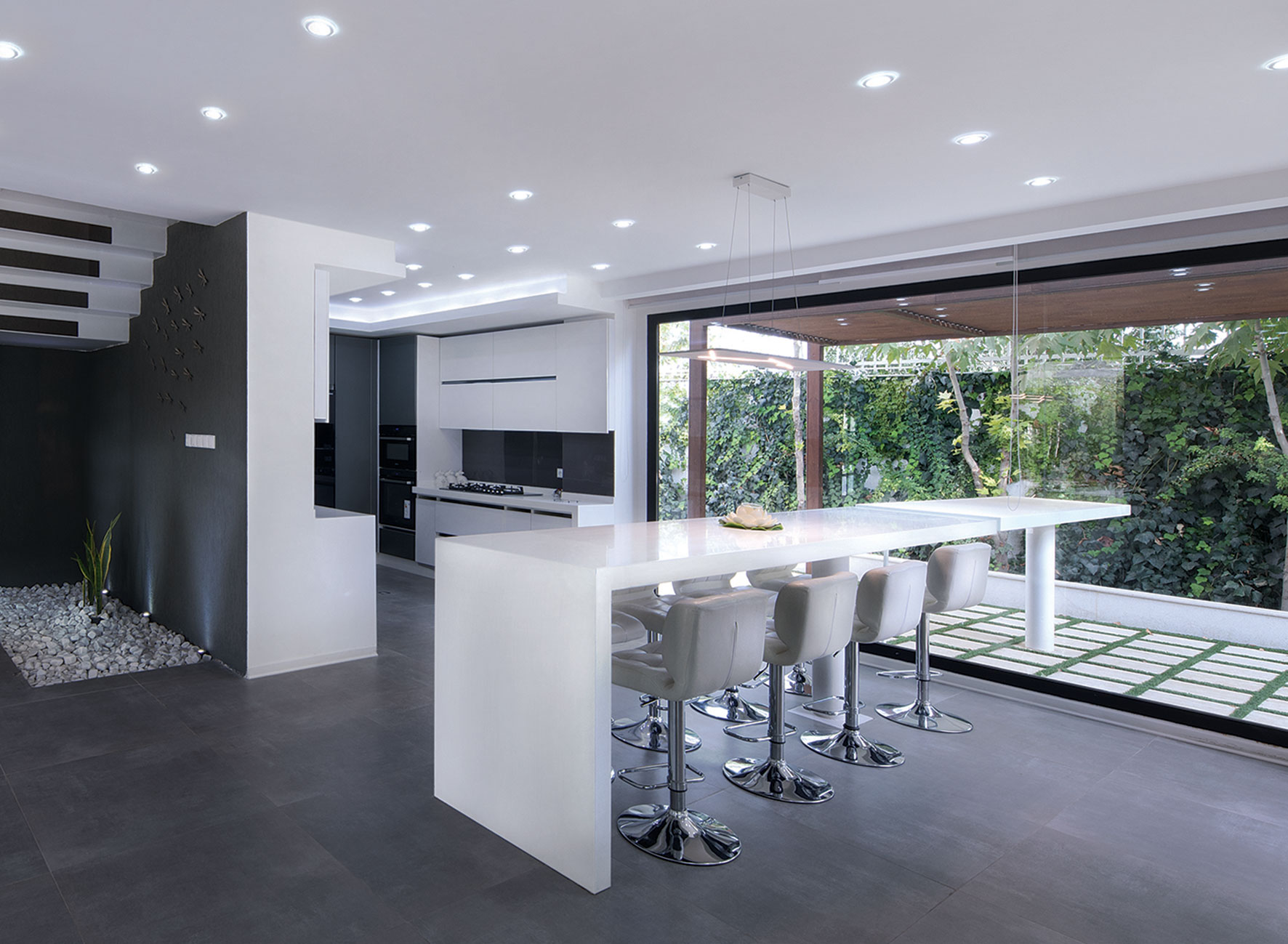 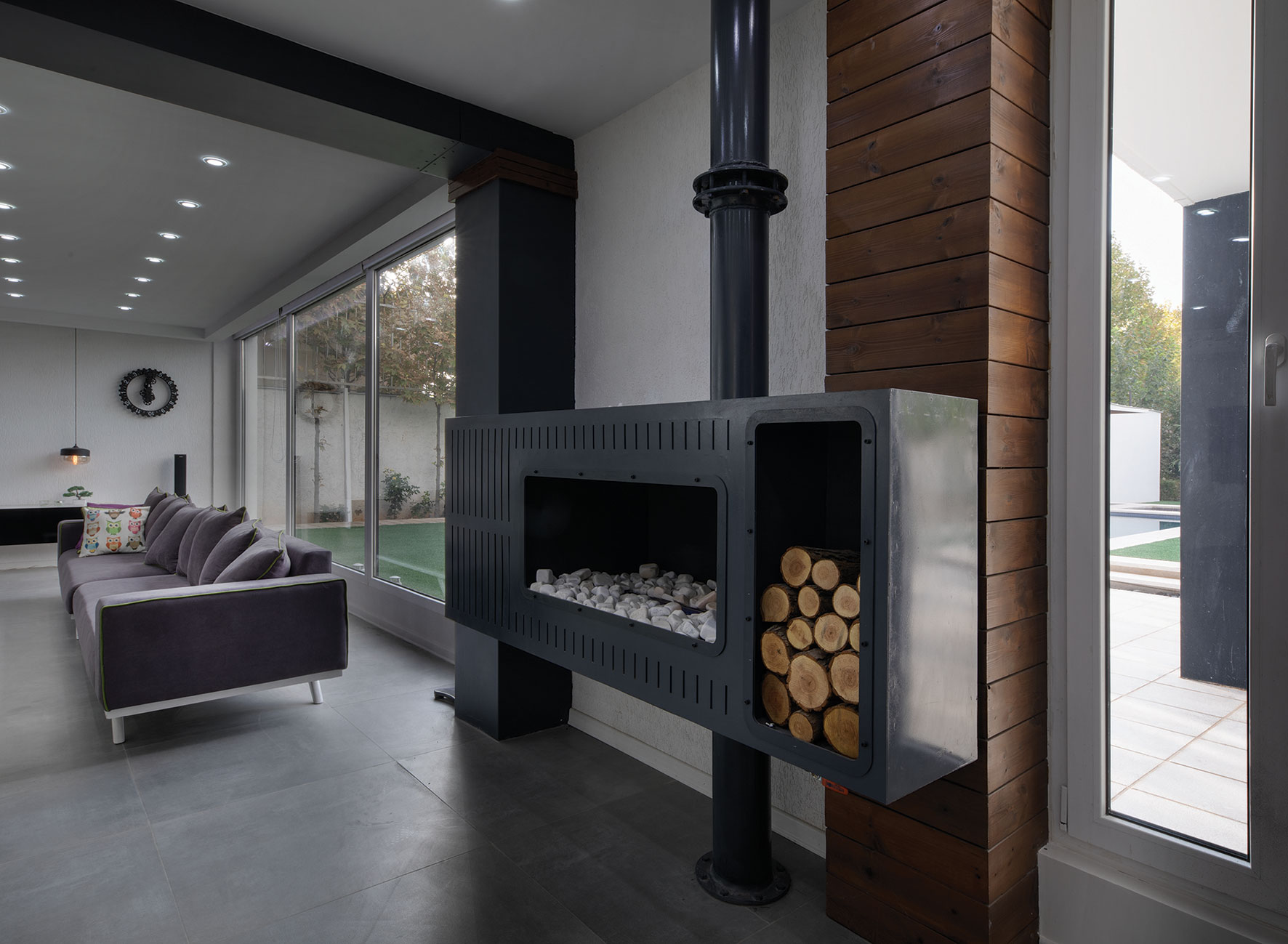 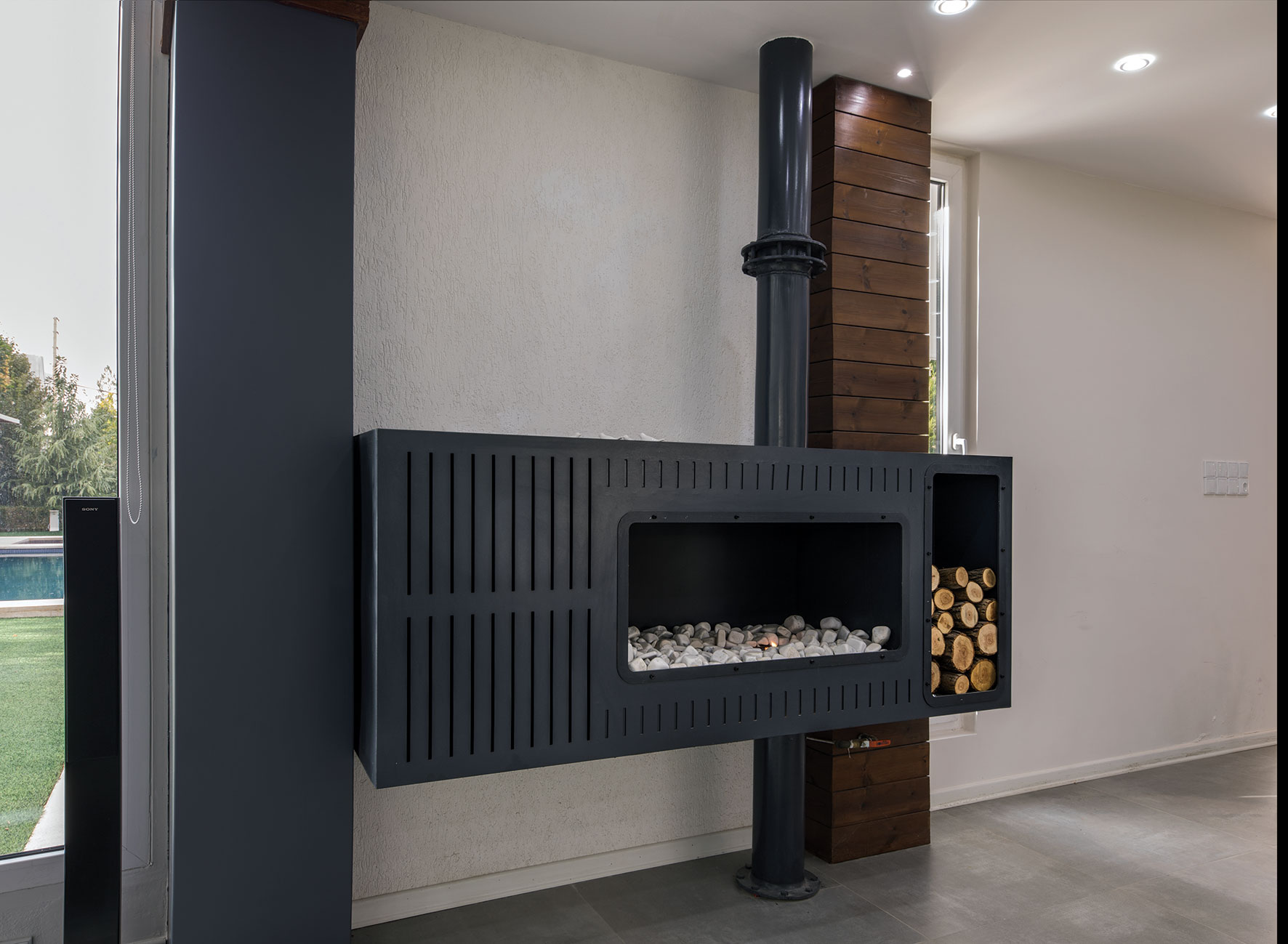 The first question about the project was whether to continue the previous process of design and construction or consider as a new project and deposit its history. The initial design and starting the construction of project was carried out by a colleague engineer friend called; Bayatpour but due to his immigration the rest of project assigned to us. Therefore, it was decided that by keeping the main and initial structure and inducing personalized concepts in the following, the initial character of the project be intact. The potentials such as staining in the construction site, eventually evoked an Iranian garden. Passing through a green border, a bed to reach a modern palace…, so a rigid circulation motion was kept in the landscape and according to the private user project and the desire to contact inside/outside of building and site, it was attempted that a minor exterior maintained for maximum simultaneous and varied functions in a big interior space or open plan with maximum contact with outside.   Therefore, all the designing approaches was about the architecture from inside/outside; so that presence of the audience in the project as an open and close homogeneous environment which doesn’t get into distinction or sentimental interruption. Choosing materials and neutral continuous finishing inside and outside is also a booster of this idea. Color staining in the green environment of inside and outside of site and the inside objective is also like a suture between inside and outside boosted the general unity of project construction. The formation of this sense of freedom and openness in entire project inevitably converted from whole to parts; and the implementation of many forms and visual architectural elements converted to a bare anamorph and exposed in implementation; so that by removing the borders of crust and flesh, an industrial spirit emerged in corners of the project. This project from the beginning to end was a section between reconstruction, renovation and construction from the first. So without any precaution, maintaining the same dual personality derived from the presence of two architects during the procedure of designing and implementation of project was one of the main goals which shows a kind of self-demanded heterogeneity in a homogeneous space unconsciously.